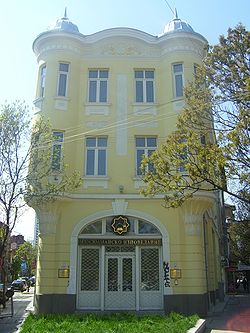 At this page you will find the answers of many questions that you are interested in regarding the status, tasks and functions of Chief mufti’s office of the Muslims in Republic of Bulgaria which is the second biggest traditional denomination in Bulgaria. The Muslims denomination in Bulgaria is a system established on the basis of central management in the person of Chief mufti’s office, the regional mufti offices and the mosques’ boards locally where Muslim population lives. The governing bodies from highest to the lowest level in the hierarchy are occupied by elective positions which are electing for a period of four years. The institution Chief mufti’s office of the Muslims had been functioning during the whole time of existence of the new Bulgarian state and was always benevolently disposed toward the state’s policy. At the head of this institution is the Chief mufti whereas the priority in his activity is the dialogue with the state institutions, with a view to resolving of the problems of the Muslim community in Bulgaria. He is representing the Muslim community in the country and abroad.