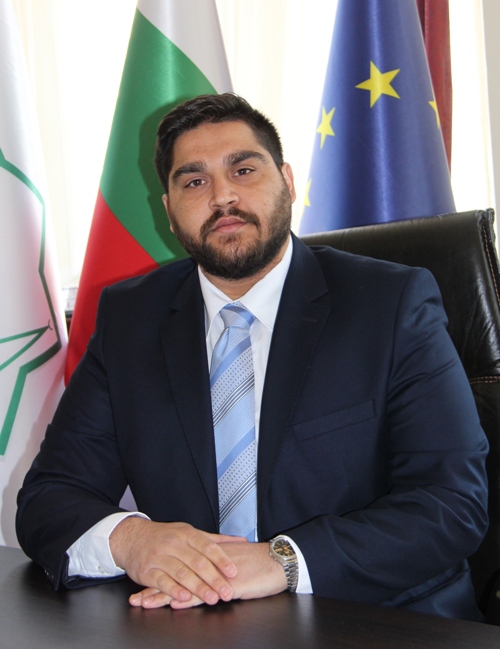 Dzhelal Faik was born on 12 January 1988 in the town of Balchik.

In 2007 he began his higher education in the Francophone Program of NBU with a specialty “Hotel and Restaurant Management” and the same year he was elected as a Municipal Councilor in the Municipality of Balchik and chaired the Standing Committee on Education, Social and Youth activities at the Municipal Council.

In 2010 he did an internship on his specialty in France and in 2011 began his second higher education in HTS “St. st. Kiril and Methodius” in the field of Pedagogy of Education in History and Geography with a professional and qualification degree: History and Geography Teacher. In 2012 he began working in the Municipal Administration of the Municipality in Balchik with a competence “Civil registration and Administrative Services”. In the period from 1 March to 1 May 2014 he did an internship in the EU parliament in Brussels,

He is a Spokesman of the Muslim Denomination and Head of the Cabinet of the Grand Mufti.