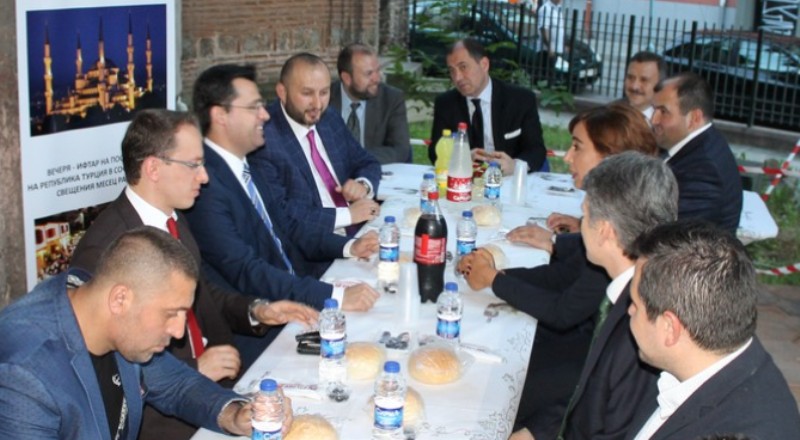 The Ambassador of the Republic of Turkey in Bulgaria Süleyman Gökçe hosted an iftar dinner in “Imaret mosque” in Plovdiv. Beside Ambassador Gökçe the event was also attended by the Social affairs attaché Ulvi Ata, the acting Consul General of Turkey in Plovdiv Birey Yilmazsoy, the Vice Consul Murat Muhaciroğlu, the regional muftis of Kardzhali, Haskovo and Plovdiv, representatives of NGOs, journalists, businessmen, as well as many citizens of Plovdiv.

After the iftar the Regional Mufti Taner Veli thanked Ambassador Gökçe for supporting the initiative of giving iftars and assured the high-standing guest that this initiative with the joint efforts of the entire community will become a tradition.

In his turn Mr. Gökçe said that the previous year he also attended an iftar in “Imaret mosque” and thanks all donors who support the preservation and the development of this tradition. The current month of Ramadan is another one in which iftars are given in “Imaret mosque”. The iftars are organized by the Mosque’s Board of Trustees in Plovdiv and are realized with the support of ordinary citizens, businessmen and institutions, all of them donors. Every evening from the beginning till the end of the holy month in the mosque is distributed hot meals for about 200 people.